The Port Authority of Santa Cruz de Tenerife, Hyundai Canarias and Enagas join as associate partners to this project, which aims to make Tenerife the first Spanish island to host a facility for the generation of sustainable hydrogen for transport

The SEAFUEL project, in which the Institute of Technology and of Renewable and the Tenerife Energy Agency participate as partners, both entities in the area of Roads, Mobility and Innovation of the Cabildo Insular de Tenerife, led by Councillor Enrique Arriaga, started at the end of 2017 with a budget of 3,497,632.98 and with the ambitious objective of using the renewable resources of the Atlantic Area to boost the generation and use of sustainable hydrogen in transport supporting the shift towards a low-carbon economy.

SEAFUEL proposes using renewable resources to demonstrate the feasibility of using hydrogen as fuel in isolated regions, promoting a sustainable transport system that can be adopted by other regions of the Atlantic. Its innovative approach is based on the connection of the fuel station to photovoltaic, wind and sea energy installations, generating green hydrogen based on the renewable resources available.

Taking into account the R&D experience and capabilities of the Institute of Technology and Renewable Energies, the project chose the island of Tenerife as a laboratory for the installation of a pilot plant, which will try to demonstrate the technological, social and economic feasibility of the implementation of renewable fuels for transport. In this way, the project plans to launch the first renewable hydrogen fueling station in the Canary Islands, which will supply a small fleet of plug-in hybrid-hydrogen vehicles used for maintenance of renewable installations. In this sense, the involvement of the Cabildo de Tenerife as an associate participant in the project is essential, as it will allow capitalizing and adapting the results of the project to the needs of the public authorities that manage the local transport networks.

The numerous possibilities of the project and the future installation of this pilot plant on the island of Tenerife, has aroused the interest of different companies and entities, such as Hyundai Canarias, the Port Authority of Santa Cruz de Tenerife and Enagás S.A., which have recently joined the project as associate partners and whose participation will contribute to the capitalization and dissemination of the project’s activities in Tenerife.

The project coordinator, Dr. Pau Farràs from the NUI Galway Faculty of Chemistry, explains that “SEAFUEL consortium and the new partners will mark a before and after in the perception and use of clean fuels in the Canary Islands. We are convinced that the islands can show the way for a transition towards a low carbon economy”.

All this coincides with a time when Spain is preparing for the development of its Renewable Hydrogen Roadmap, the development of which is necessary to achieve the objectives set out in the Integrated National Energy and Climate Plan, improving Spain’s competitiveness in the European and global context, and allowing climate neutrality to be achieved at a time when the climate emergency has been declared.

Likewise, the Government has just approved the “Plan of Promotion to the Value Chain of the Automotive Industry, towards Sustainable and Connected Mobility” which with a budget of 3,750 million contemplates within its actions the promotion to industrial investment, based on innovation projects, that allow Spain to position itself as a global platform in the production of zero-emission vehicles and in the manufacture of key elements for these vehicles, such as batteries or fuel cells. Within the framework of the same, a specific programme has also been approved to encourage the acquisition of low-emission vehicles, including aid for the purchase of hydrogen vehicles, and initiatives will be promoted with the collaboration of the Administration to make Spain a European benchmark for the development of pilot tests for connected and automated mobility , as well as the use of alternative fuels such as green hydrogen, making its best efforts to attract new investment for Spain in these areas of the future.

The SEAFUEL project is co-financed by the INTERREG Atlantic Area Programme 2014-2020 and its partners include the National University of Ireland Galway and Comharchumann Fuinnimh Oileáin Arann Teoranta of Ireland; University of Liverpool, Action Renewables, HyEnergy Consultancy Limited and Logan Energy from the United Kingdom; Institute of Technology and Renewable Energy and the Tenerife Energy Agency from Spain; Madeira’s Regional Energy Agency from Portugal.

Learn more about this project in http://www.seafuel.eu 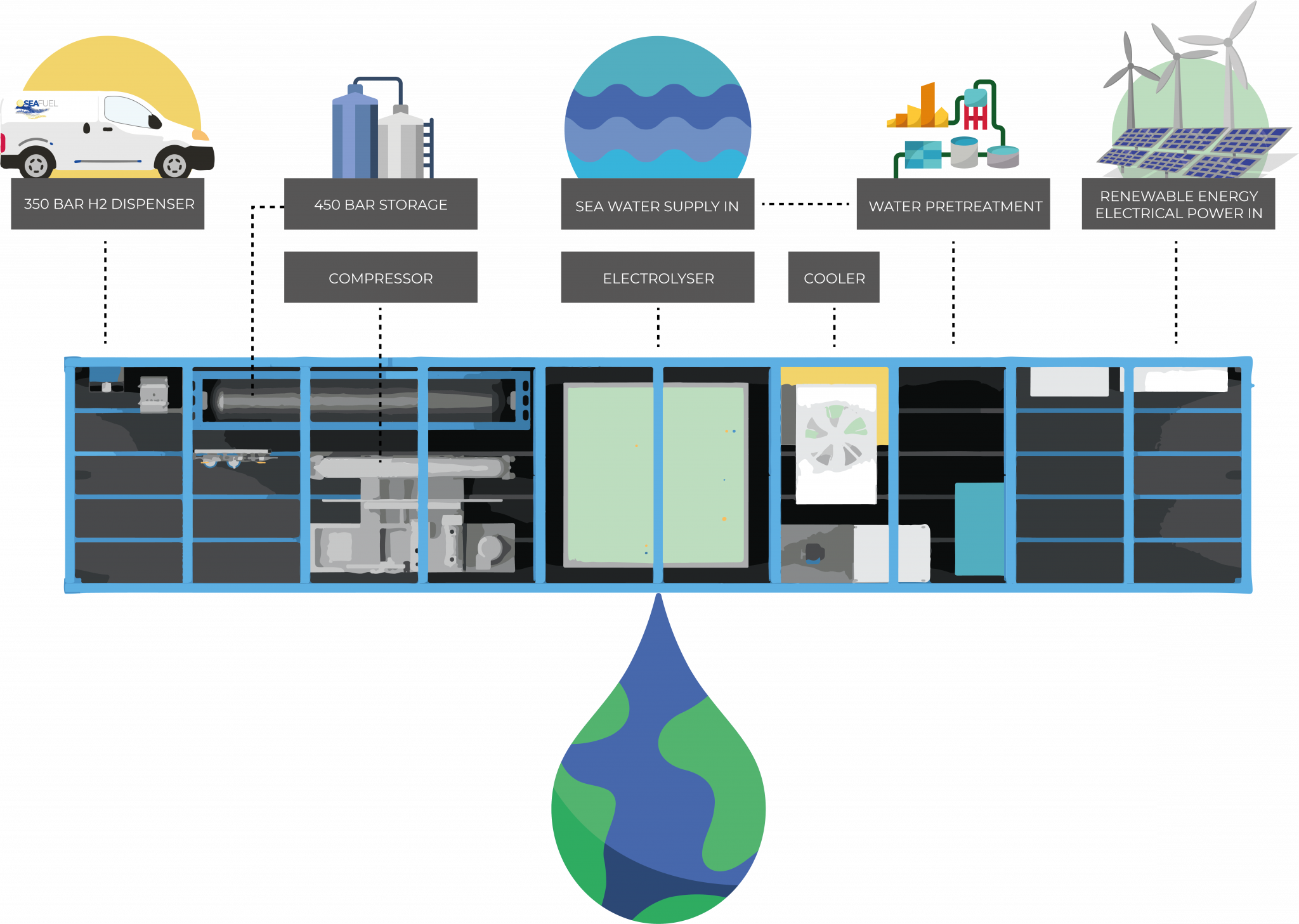